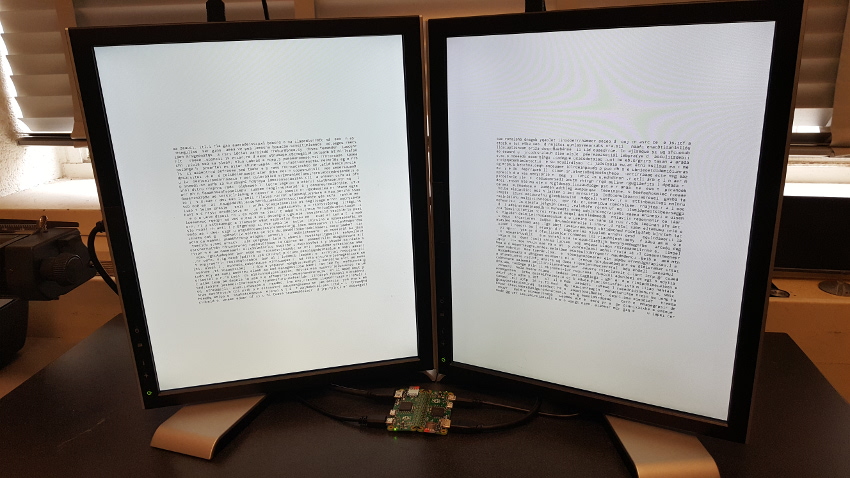 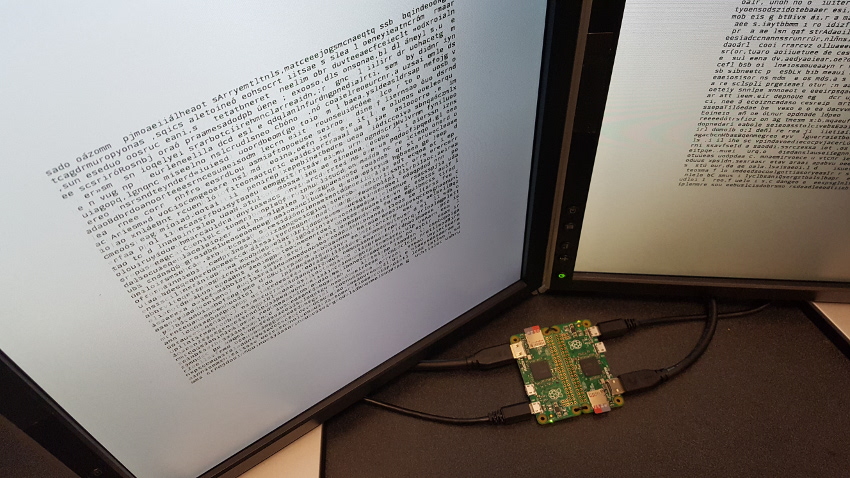 A folio of flat-panel monitors provides power, via USB, to a folio of computers (two single-board computers, bound by wire) which in turn provides the monitors with video signals. Running on each computer is a program that is based on Jorge Luis Borges’s description of the pages in the immense but not infinite Library of Babel, a building that houses every possible 410-page book, that is, one book for each possible sequence of a fixed set of characters. The on-screen “pages” (literally Web pages, although the system runs offline, without a network connection) are of the same format as the pages of Borges’s books, but populated by the glyphs in his story (the original Spanish-language text, “La biblioteca de Babel”) instead of the special ones he specified. The piece, which is non-interactive and works on itself in several ways, is presented at desk- or table-height with a chair in front to invite a visitor to attempt to read it.

The program running is a slightly modified version of Montfort’s Una página de Babel from 2015. The modification made is simply rotating the text, which slows the still very rapid updating of the screen.

Autofolio Babel was part of the exhibit History of the Future at the Bostson Cyberarts Gallery, May 26–July 1, 2018.